Welcome To Our New Executive Director! 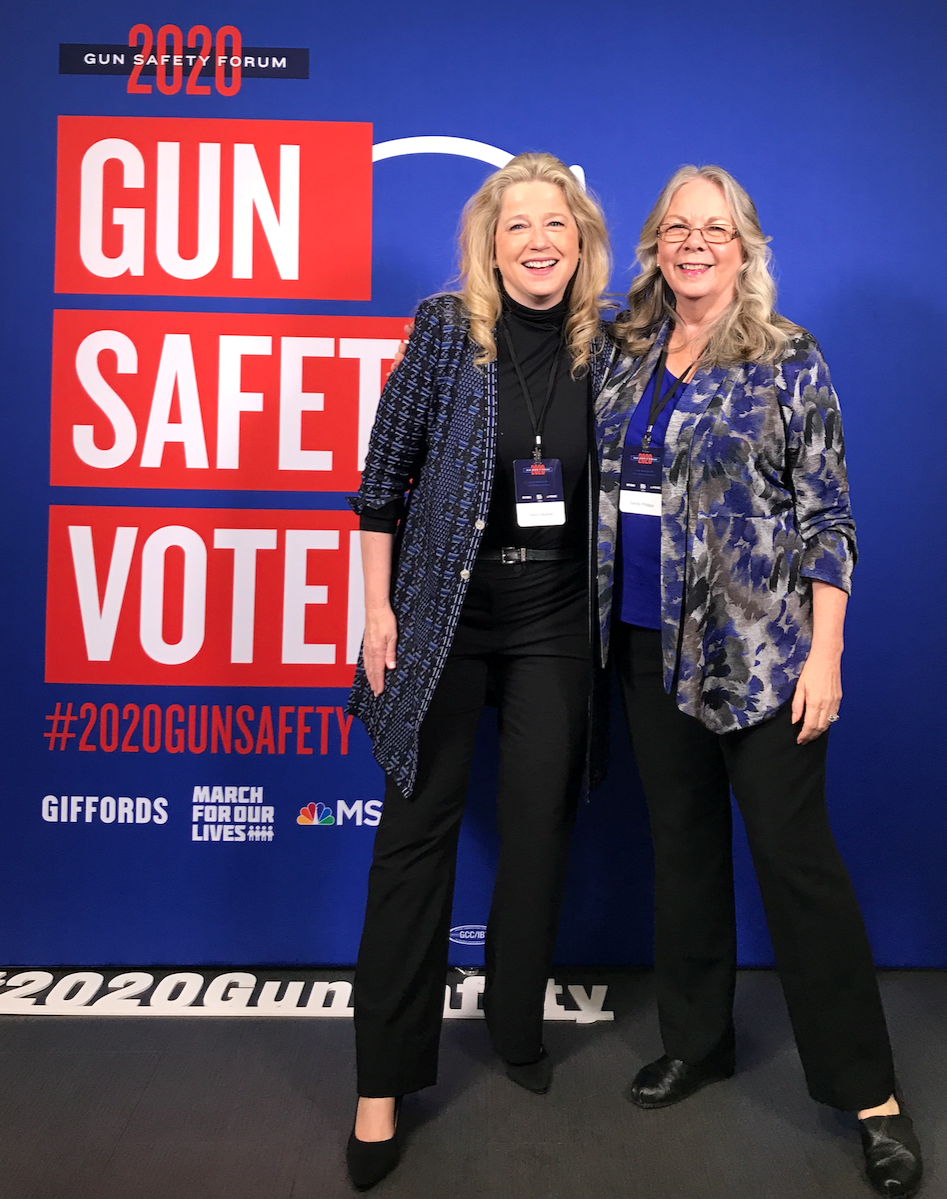 Sandy and Lonnie have known and been impressed by  Penny for years, watching her effective activities in Oregon and nationally. “She has done a lot already, and will give us an opportunity to move Survivors Empowered into the future,” says Sandy. “She is terrific, and we’re so glad she’s on board!”

One of Penny’s current activities is developing the gun violence prevention film festival that Survivors Empowered will launch next spring, concurrent with the 2022 Honor with Action tour. She is also working diligently with Sandy, Lonnie, and the entire Survivors Empowered team to make the coming year and road trip a smashing success.

Of course, Penny is laser-focused on continuing her public policy efforts aimed at reducing gun violence through policy change. She is a relentless voice for reform, and expects to be collaborating with survivors, partner groups and advocates; meeting with policymakers; and educating the public. In her role as executive director, she also will work hard to help Survivors Empowered lift the voices of survivors and raise the funds necessary to support a successful tour and future efforts.

Penny lives in Oregon, and for 20 years has been a force for change there through Ceasefire Oregon and the Ceasefire Oregon Education Foundation. Inclusion is an important goal for Penny, and she plans to make sure people and voices from across the spectrum are embraced by Survivors Empowered.

She is eager to continue and expand the coalitions in which Survivors Empowered already participates, and make sure that any intolerance that provokes deadly attacks — such as the Pulse Nightclub massacre in Orlando, Florida — is confronted. She’s concerned about domestic violence and the role of guns in deadly consequences as well, and plans more alliances. International partnerships are important to her too.

Penny is avid about the thought leadership and educational role she believes Survivors Empowered can expand. “There’s been a bloody increase in gun violence, and I want survivors telling their stories and affecting policy everywhere,” she says.

She also wants deep explorations of what’s fueling gun violence, from the economics of the gun trade to the grip manufacturers have had on policymakers. And she’s not shy about calling to account any and all responsible for stalled efforts. Penny wants to protect people from gun violence — not politicians from lobbyists.

“We are so glad we’ve got Penny’s energy, boldness and intelligence in our corner!” Lonnie says.