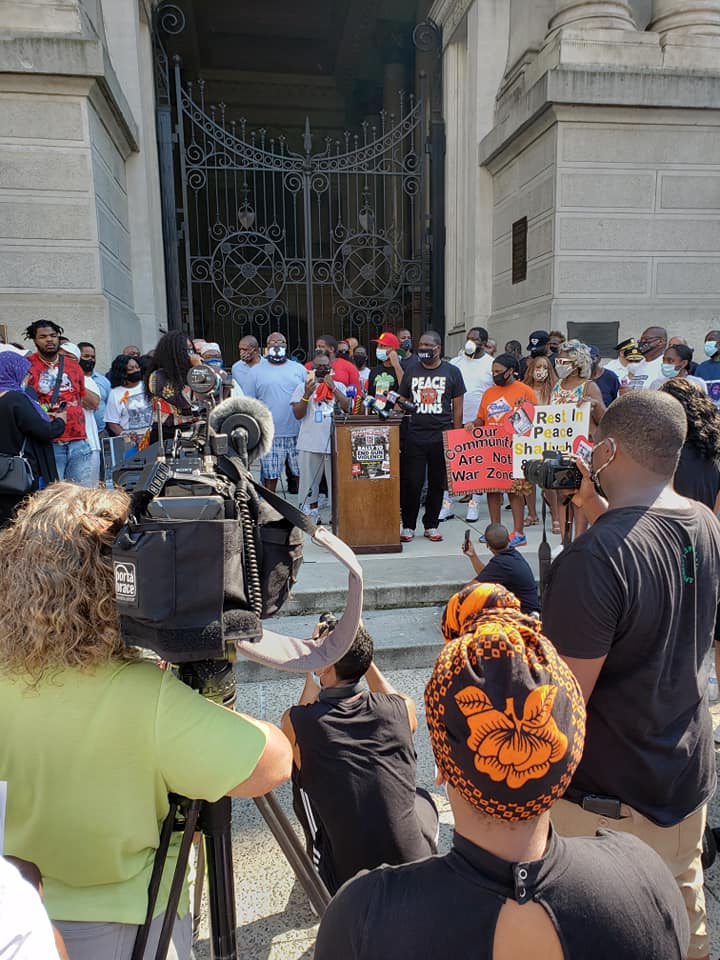 Sandy and Lonnie Phillips know about rapid response - that's what they've been doing after mass shootings for years, and that's a key function of Survivors Empowered. But they're excited about expanding their approach, sharing their insights, creating new partnerships and resources, and learning from others across the spectrum of people affected by gun violence.

Sandy Phillips recalled a conversation she had with a woman in the wake of the shooting that took the lives of 20 children and six adults at Sandy Hook Elementary School in Newtown, Connecticut, in December 2012 — five months after her own daughter, Jessi, was killed in a mass shooting in Aurora, Colorado.

Phillips said she was initially stunned when the woman told her, “Your kids are more important than ours,” highlighting “a lot of resentment that these 'white' shootings get a lot of attention,” unlike shootings in minority neighborhoods.

“And then I thought, I need to listen to her because she really feels that way,” Sandy said. “I made up my mind then that we’re not going to be those people; we’re going to be the people that build the bridge.”

That bridge includes connections with gun-violence survivors in diverse communities around the country, and Sandy and her husband, Lonnie, are tapping those connections for a new initiative to disseminate what they know, and gather best practices from rapid-response teams in New York City, Chicago and Philadelphia to be shared with youth from March For Our Lives San Diego and other organizations.

March for Our Lives San Diego is part of a national network of youth-led chapters committed to ending gun violence. The network sprang from the shooting that took the lives of 14 students and three educators at Marjory Stoneman Douglas High School in Parkland, Florida, on Feb. 14, 2018.

Sandy and Lonnie have dedicated their lives to rapid response, driving around the country to offer support and valuable information to people who have survived mass shootings and the families of victims who have not. Along the way, they have built relationships with groups that, accompanied by police officers and hospital workers, do the same kind of outreach to survivors when shootings occur in their communities.

Residents in those communities also witness shootings on a mass scale, Sandy said.

“This happens daily in America, it just happens in different neighborhoods,” Sandy said. “In fact, we call them slow-motion mass shootings because they’re three on a corner there, two over there and three in a park. If you add it all up, there’s a mass shooting in that particular neighborhood every single day.”