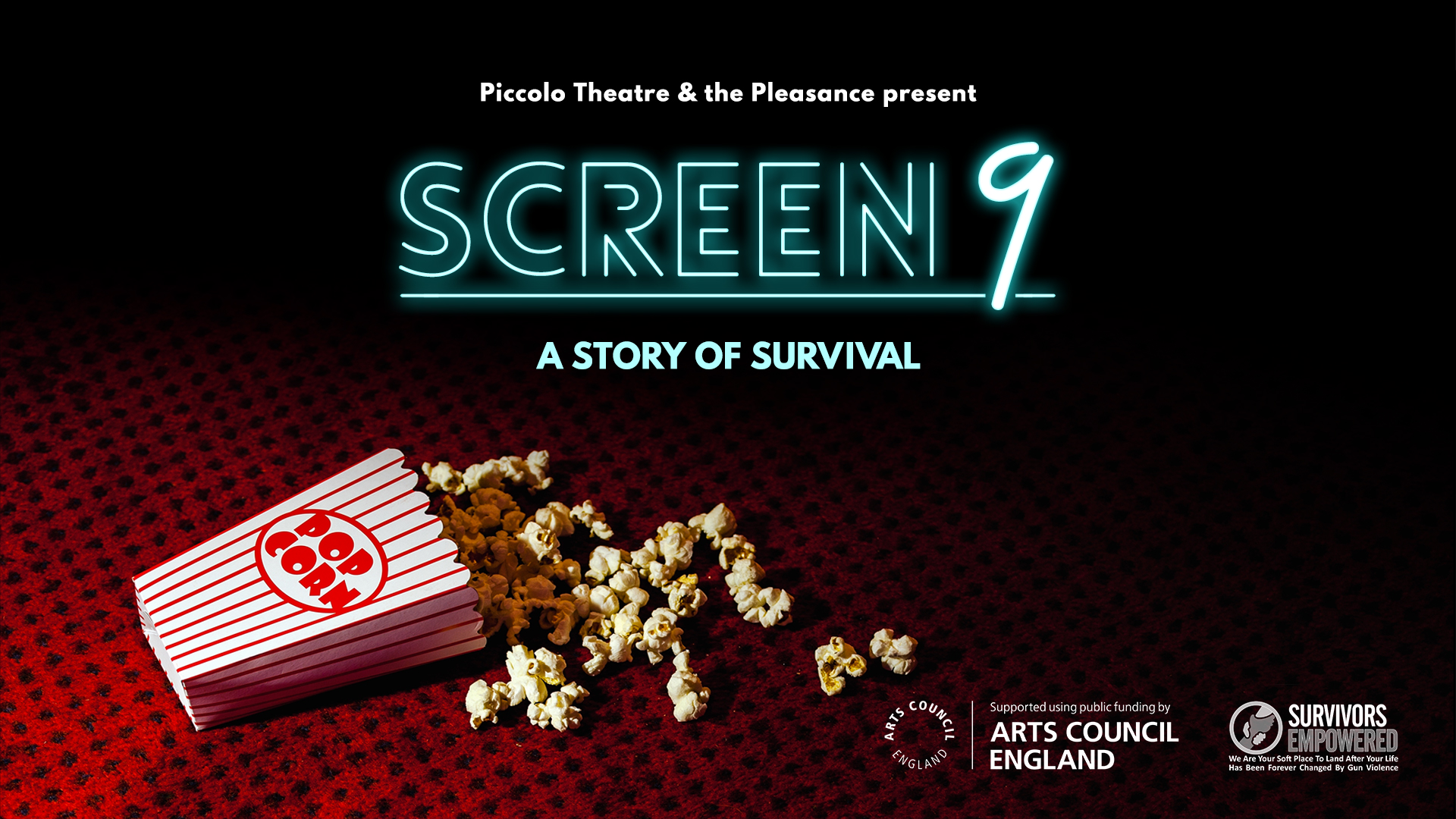 Five years ago two housemates in the United Kingdom were awake at 2 a.m. and talking about gun violence. Their late-night discussion germinated, and after years of further exchanges, research, and writing, the fruits of their labor — an award-winning one-act play about the life-altering impact of a mass shooting — will be premiering at Edinburgh’s Fringe Festival in Scotland this August.

The 50-minute play, Screen 9, was created by Kate Barton with the participation of Matt Jennings. They  are cofounders (along with George Rexstrew) of Piccolo Theatre, based in London, and each comes to their collaboration with different backgrounds that informed the play: Jennings was born in the United States, leaving for the UK at 11, and Barton is a lifelong Briton. Those origins made for some differences in perspective when they looked across the Atlantic at the U.S. and considered gun violence and attitudes toward gun ownership and regulation. Why is it so hard for Americans to achieve gun-control measures?

What Barton and Jennings hope is that Screen 9 will give people an opportunity to come together and bridge gaps in their understanding and points of view, with an international aspect and relevance. “It’s a people story,” said Barton, with only about 10 percent of the play talking directly about guns and the rest about coping in the aftermath of shootings. “Everyone handles trauma differently,” said Jennings.

The play is fiction, but the sources are not. Every line comes from an actual survivor’s words, whether in testimony, news accounts, social media or conversation. There are four characters, fictionalized and “anonymized,” but based on real people, with very real experiences: a parent; a survivor who is also a first responder; a friend who watched her companion die; and someone who simply came to a movie, with life-altering consequences.

Barton said Tragedy in Aurora was a great influence on the play (though it was already in the works). The book chronicles the killing of Jessi Ghawi, along with 11 other people attending a premiere of the Batman movie The Dark Knight Rises inside a theater in Aurora, Colorado, on July 20, 2012. Barton reached out to Sandy and Lonnie Phillips, Jessi’s parents and the founders of Survivors Empowered. Some of the Phillips’ words made it into the narrative, and they are now partners in the production.

What happened to Jessi resonated with Barton. A fan of Batman movies, she attended the premiere of The Dark Knight Rises in London, the day after the shooting in Aurora. The shock shadowed her as she went to the theater, after deliberating whether she should. Reading the book helped her make the play’s story, which she started in 2016, even more authentic. Jessi is someone she finds very “relatable” — a young woman with ambition and drive who appreciated life and took each day as a privilege before being tragically killed in a moment. As Jessi said in a tweet after narrowly escaping a shooting in Toronto: "I know how blessed I am for every second."

Screen 9 will have July previews in London and Durham, and will premiere in Edinburgh at the Fringe Festival on Aug. 9. It has received funding from England’s Arts Council. “A dream would be to tour it internationally, and in colleges,” Barton said.

Sandy and Lonnie Phillips plan to attend if not prevented by COVID restrictions, and they are deeply touched that a donation to Survivors Empowered will be made with some of the proceeds from the Fringe Festival performance.

Despite, or perhaps because of, the sadness that permeates the play, it was important for Barton and Jennings to end with a positive message —“While our hearts are broken, our communities are not.”