Meeting With The Biden Administration 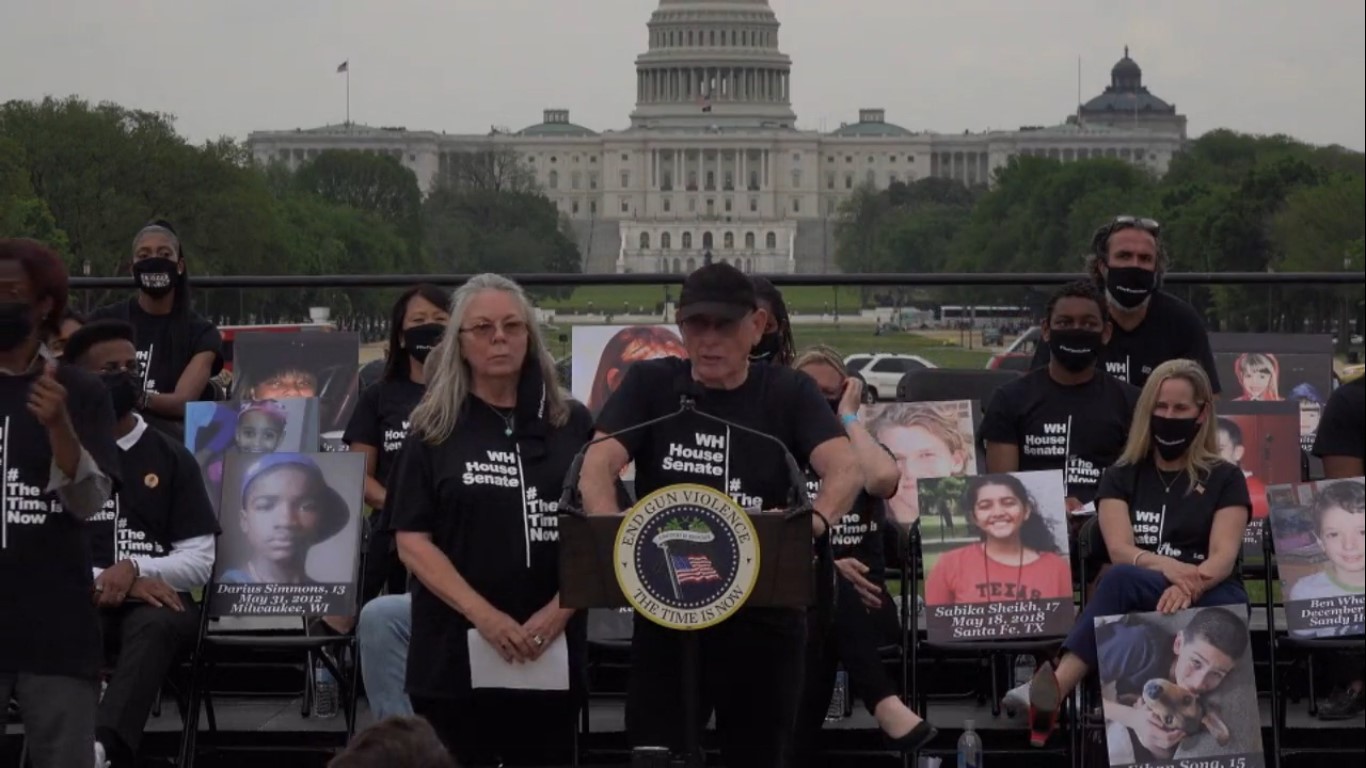 The last week of April was very eventful.

After 15 months of not going anywhere without a mask and staying 6 feet from anyone, we were on our way to Washington, D.C. — fully vaccinated and ready to participate in a press conference with the “Time is Now Coalition,” a broad alliance of over 80 gun violence prevention organizations.

The day after President Joe Biden gave his State of the Union address on April 28, gun-violence survivors gathered in front of the U.S. Capitol and live-streamed our own State of the Union. Sandy and I stood with 20 other victims and survivors to call on Congress, the Senate and President Biden, demanding that they prioritize gun reform now. (You can go to Facebook by clicking here and see the Time is Now Coalition in action.)

While we were in D.C. we were able to have a one-on-one with Cedric Richmond, a former congressman who is now senior adviser to President Biden. Along with five other members of the Time is Now Coalition, we laid out our priorities on gun reform, including the repeal of the Protection of Lawful Commerce in Arms Act (PLCAA), which gives the firearms industry immunity from civil lawsuits. Mr. Richmond was very candid in his responses to our demands and asked for written specifics that we could discuss in a follow-up call in the near future.

We were also very fortunate to have had lunch with David Chipman, President Biden’s nominee for the director of the Bureau of Alcohol, Tobacco, Firearms and Explosives (ATF), and his wife. We met David eight years ago. At that time, he had already been heavily involved in promoting firearm safety for years.

David is a decorated law enforcement professional and a veteran ATF special agent. We have worked closely with David professionally and know him on a personal level. He is smart, he is principled and he is fearless. He is a gun owner who is passionate about reducing gun violence. He is uniquely qualified to lead the ATF because of his experience, his integrity and his honesty. We are thrilled that we are finally going to get a director who has the credentials to lead the ATF to a new level of excellence.