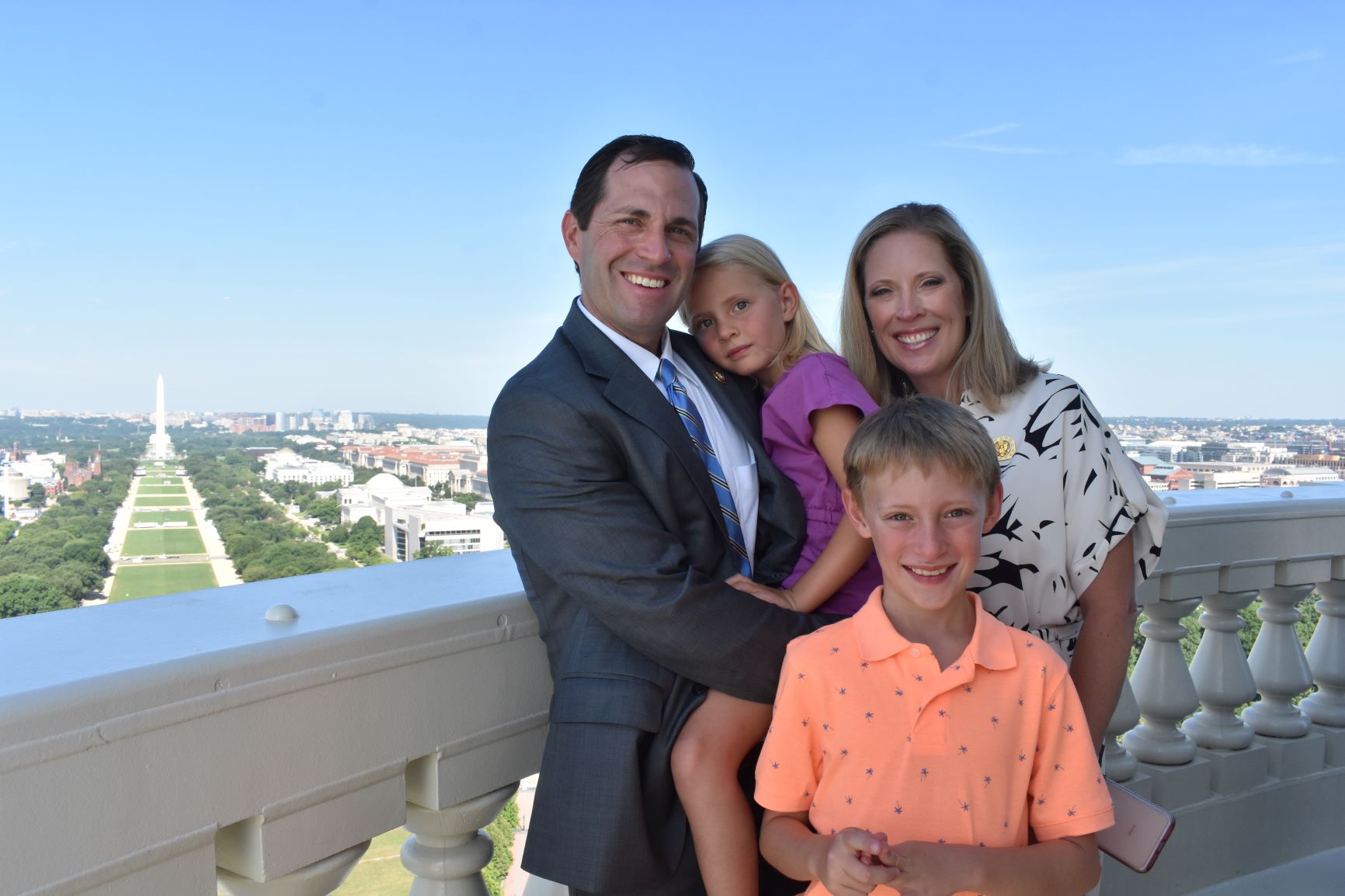 While the world watched in horror as the Capitol was stormed on January 6, a greater horror was unfolding for the loved ones of those trapped by violent extremists. “I was so terrified,” said Prof. Deserai Crow, who got a series of calls from her husband  Rep. Jason Crow (D-CO) while the assault was taking place and he was still endangered. “I sat here for the longest 25 or 30 minutes of my life,” Deserai said. Adding to the agony, her two young children were right behind her doing schoolwork, and she was determined not to reveal what was happening.

But the Crows’ story, while traumatic, wasn’t deadly for them. Rep. Crow, a decorated Army Ranger, spent more than a half hour of the siege in the House Gallery, helping others with gas masks, and getting far away from the entrances that the insurrectionists were ramming. On one call, her husband, whose voice sounded different than she had ever heard it, told Deserai that the situation was getting really bad, and they might have to fight their way out. He told her he loved her and their children, and Desirai was more scared than on any deployment he had ever had.  But finally, help came to defend the doors and take all away to a more secure location. Her husband was able to call Deserai and tell her he was safe.

Even after being reassured,  “I was shaking for about three hours, a response to the adrenaline,” said Deserai. Sandy Phillips had texted her soon after the siege began, and has been staunchly supportive ever since, letting her know what reactions she might expect to the fear and its aftermath. Rep. Crow’s district includes Aurora, Colorado, and the Phillips have known the Crows for years.

“Fortunately, I didn’t lose the person I love,” Deserai said, but nevertheless the effects of that terror remain, and she has been talking regularly to other members of the Congressional community scarred by the day.

From just before the new year, Deserai had been in Washington, D.C., with her children until they returned home to Colorado (a day earlier than originally planned) on January 5. It was one of their many happy times in the city, punctuated by after-hours spent in the Rotunda and House office buildings. The family loves the beautiful, “sacred” spaces.  Now she doesn’t know when or if she’ll feel safe at the Capitol complex again, and she is profoundly thankful that she and her children left earlier and were not on site for the siege.

In the texts they exchanged, Deserai told Sandy that she wanted to cocoon herself, and harking back to the Aurora tragedy,  she told Sandy she might now “know a teeny piece of your fear.” Sandy consoled her, writing that “ I wish I could wrap my arms around you and give you that cocoon.” And the virtual embrace is felt. “Sandy has been a wonderful support to me, lending resources,” Deserai said.

For the future, Deserai chooses to be hopeful, and she is guardedly optimistic about H.R. 8, a background check bill her husband co-sponsored during the last session. And along with Rep. Alexandria Ocasio Cortez (D-NY), Rep. Crow has introduced a measure to provide extra support for those who were affected by the events on the Hill.

Policy and personal experience have become braided together. Deserai says she is “a crier,” and didn’t want to talk much about what happened at the Capitol in its immediate aftermath, as she was processing both shock and relief. But now, she can recount the events, and add her voice to those whose lives have been touched in some way  by violence. “It was so surreal,” she said. “I am grateful every second it didn’t end differently.”