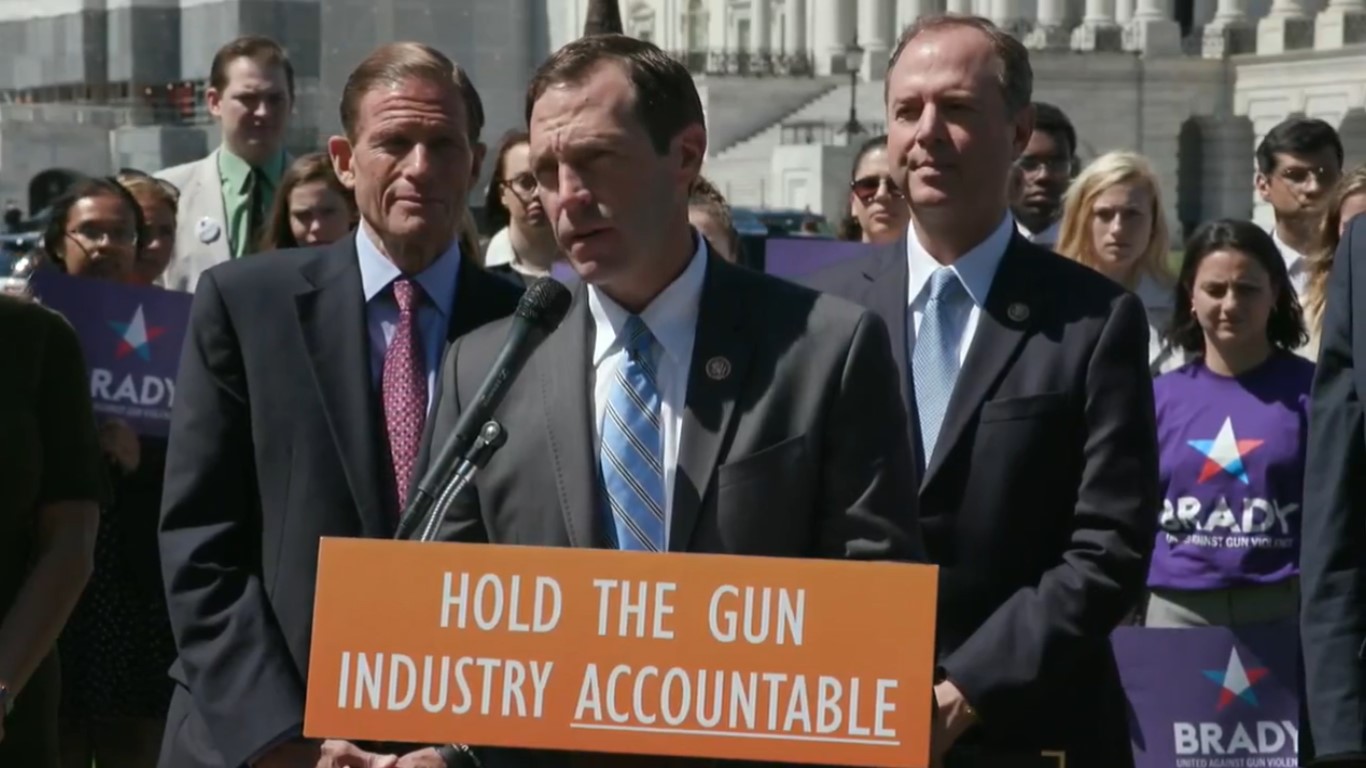 Democratic members of Congress are trying to undo a law that, in nearly all cases, shields gun and ammunition manufacturers, distributors and dealers from civil liability cases in federal and state courts.

Sen. Richard Blumenthal of Connecticut and U.S. Reps. Adam Schiff of California and Jason Crow of Colorado are among a coalition of legislators backing a bill to overturn the Protection of Lawful Commerce in Arms Act, which was passed by Congress in 2005 and signed by former President George W. Bush after a lobbying campaign by the National Rifle Association.

In general, PLCAA exempts weapons manufacturers and sellers from lawsuits “for damages, punitive damages, injunctive or declaratory relief, abatement, restitution, fines, or penalties, or other relief, resulting from the criminal or unlawful misuse of a qualified product by the person or a third party.” The law carves out certain exceptions.

The Equal Access to Justice for Victims of Gun Violence Act introduced by Blumenthal, Schiff and their colleagues would repeal PLCAA. If passed, it will also end a prohibition on the use of federal gun-trace data in civil court proceedings, allowing plaintiffs to use the data against gun manufacturers and dealers.

“It is unconscionable that one of the most dangerous industries in America is also one of the only industries that is exempt from this basic principle of accountability,” Blumenthal said. “Our simple measure will give victims of gun violence their day in court and unlock the doors to justice —repealing the sweetheart liability deal that Congress granted to the gun lobby.”

Victims of some of the most heinous shootings in U.S. history have repeatedly been denied their day in court because of the liability shield. This is happening despite the claim by then-Sen. Larry Craig, who sponsored PLCAA, that the shield “will not prevent a single victim from obtaining relief for wrongs done to them by anyone in the gun industry.”

Survivors Empowered founders Sandy and Lonnie Phillips, whose daughter, Jessi Ghawi, had her life taken, along with 11 others, in the mass shooting in an Aurora, Colorado, movie theater on July 20, 2012, had their lawsuit against Lucky Gunner dismissed. The judge ruled in 2015 that Lucky Gunner, the online store that sold the Aurora gunman 4,000 rounds of ammunition, was protected under PLCAA.

The Phillips’ lawsuit was not about money, but about getting online dealers to “act reasonably when they sold dangerous materiel, like 100-round magazines, 4,000 rounds of armor-piercing ammunition, body armor and tear gas,” said Lonnie Phillips.

“We thought it was outrageous that online sellers like Lucky Gunner could legally sell an arsenal to anyone with an approved credit card without checking their driver’s license,” he said. “It is un-American and outrageous that these special laws can deny us our day in court simply because it was the firearms industry that victimized us.”

In 2016, a Connecticut judge dismissed a lawsuit filed against Remington by the families of some of the victims — 20 first-graders and six adults — killed at Sandy Hook Elementary in Newtown in 2012 by a gunman wielding one of the company’s weapons.

The judge ruled that the lawsuit “falls squarely within the broad immunity” given gun manufacturers and sellers under PLCAA. An appeals court, however, overturned the dismissal and the case against Remington is ongoing.

Crow said the law “removed any incentive for gun manufacturers to make their products safer, putting private profit ahead of public.”

“Our nation is suffering from a gun violence epidemic and yet gun manufacturers are shielded from liability.  This is wrong and it has to end,” he said.

For more information about the Protection of Lawful Commerce in Arms Act, visit Giffords.org.