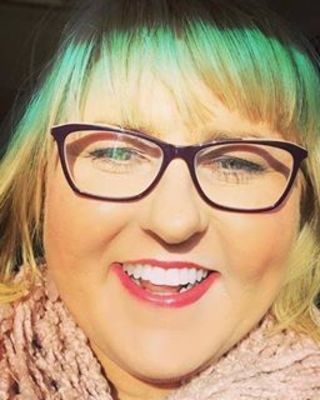 When she was  16 years old, Angela Schellenberg’s father was gunned down. Angela found out about his death on the nightly news, and the trauma still reverberates today, more than 30 years later. Now she knows how to manage it, and is committed to helping others heal.

“Gun violence completely changed my life,” she said. ”There was nothing like Survivors Empowered then. Nobody talked about gun violence, but it’s always been a part of my life since coming of age.”

The immediate aftermath of her father’s shooting was horrific. Angela’s mother was ill and needed full-time state care; the family home was lost; Angela and her brother entered the foster care system; and by the time she was 22, her mother had passed away.

Out of this crucible, Angela was forging strength. She became an educator, married, had children, wrote, was a nonprofit leader serving orphanages, lived in the Far East and eventually decided that becoming a therapist was the path she needed to follow. Today, she has a master's degree and is a licensed practitioner in Washington State, where she leads local Survivors Empowered efforts. She works tirelessly to share the tools of trauma-informed therapy with others whose lives have been irrevocably altered by gun violence.

“It creates a loss of safety in the world,” she said. “It’s different from a car accident. It’s a different kind of loss.”

There are many kinds of survivors, with different levels of difficulty, but Angela believes a great number benefit particularly from someone who can relate personally to their challenges. She believes as well that it helps to unearth dark thoughts and questions, such as the very painful contemplation about what a loved one experienced in his or her last minutes. Failing to do so can result in pain and overwhelming emotions being expressed through addiction, or numbing out. It’s her mission to help others gain peace through connection, finally being better able to incorporate their emotional, rational, and wise minds, focusing on the present and future.

Angela practices what she preaches about getting support. She finds mindfulness meditation both difficult personally, and crucial, even if it’s not practiced while sitting still, but through a walking meditation or breath work.

She remains in therapy, and her relationship with Sandy and Lonnie has been a balm. “One of the things I love about them: They’re sort of a mother and father figure,” she said, for her and others who bond with them because of their shared experiences, well beyond any shared desire for policy change. But that shared vision of policy with people who truly understand is healing, too. She believes in turning pain into action.

"I have hope in advocacy,” she says.