Our daughter died in a mass shooting.
Charges in Oxford shooting are step toward justice.

We lost our daughter during a mass shooting.
Now, a teenager in Michigan is accused of shooting fellow students
with a gun he should not have had.
Sandy and Lonnie Phillips

The parents of 15-year-old Michigan school shooting suspect Ethan Crumbley have been charged with four counts of involuntary manslaughter. While there is no winner in cases like this, it's a rare step toward the justice system working as it should.

Our daughter was killed during a mass shooting nearly 10 years ago.

When children are suspected in such incidents, the parents should also be brought to justice. This needs to hit home with all those parents who allow their kids to have guns.

The suspected shooter was known to have been struggling. It is thought that he used the semiautomatic weapon his father, James Crumbley, bought only days before the shooting.

We live in a world where teens such as Kyle Rittenhouse can turn a protest into a slaughter and not be found guilty. How can we not expect more gun deaths?

We felt an all-too-familiar, gut-wrenching empathy. Compounding the pain was fear for a future that, based on cases like this, will certainly be filled with more pain. The incident at Oxford High School confirmed that.

But it’s not the jury we condemn. It’s our gun culture, our drift toward vigilantism and laws that can permit what seem like miscarriages of justice.

Guilty verdicts in the Ahmaud Arbery case are a heartening statement against vigilantism – but Arbery is dead, and no legal vindication can restore him to life.

A shooting changed our lives

We know what that level of loss feels like. Just like the parents now grieving for four children killed at a Michigan high school on Tuesday, we grieved for our daughter who was killed during a mass shooting in Aurora, Colorado.

Our daughter, Jessi Redfield Ghawi, was only 24 when the now convicted killer in that case took her life.

She had moved to Colorado just months before in hopes of becoming a sports journalist. Still in Texas, I woke up in the middle of the night, just 30 minutes before the shooting, and texted my daughter. I wanted to find out how she and a friend of hers (who was visiting) were doing. She told me that she was sitting in the theater, that she missed her mommy (I told her that I missed her, too) and that she would call me the next day. 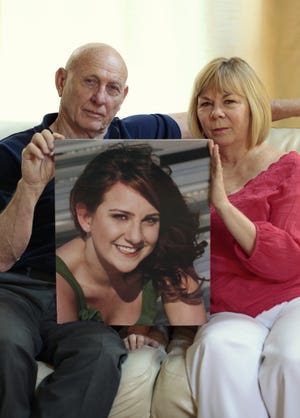 Thirty minutes later, I got a call telling me Jessi was dead.

The next morning, my husband and I decided to dedicate the rest of our lives not only to helping other families grieve, but also to changing gun laws that make mass shootings and actions by vigilantes like Rittenhouse all too possible.

Jessi was a clever, spunky, beautiful human being. We miss her laugh. We miss the click of her heels as she walked up the drive to our front door. We miss her snark. We miss being outraged by her sassy behavior.

Holmes used a semiautomatic weapon. So did the suspect in the Michigan shooting. So did Rittenhouse.

The American public needs to be aware that these weapons were made for warfare. Somehow they are getting into the hands of irresponsible people who are traumatizing our society.

America's gun laws are the problem

We understand that in Wisconsin, the Rittenhouse verdict was more than possible. But there’s something wrong with the laws of Wisconsin and many other states that have turned a stand-your-ground, one’s-home-is-one’s-castle ethic into a latter day O.K. Corral, with victims losing their lives as collateral carnage.

COLUMN: Thousands of kids experienced, saw gun violence last year. How are we dealing with trauma?

It doesn’t have to be this way – and for most of our history, it hasn’t been. The relatively recent confluence of a civilian arms race and loosened self-defense standards in many states has been making us less safe despite the rhetoric by gun enthusiasts and lobbyists. (We mean you, National Rifle Association, but not you alone.) 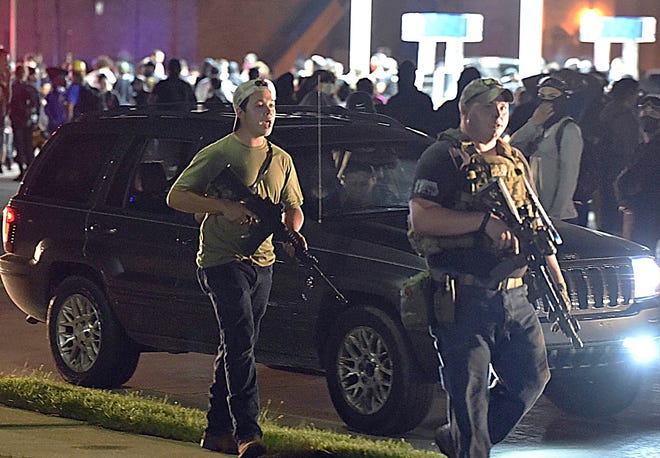 There has long been protection for people who defend themselves against deadly attacks. Even when the attacker is killed, the shooter has been protected from criminal responsibility in cases of self-defense. But generally, those shooters were not the provocateurs. In other words, they weren't the ones looking for a fight. And unless in their homes, some states expect those being attacked to retreat from a dangerous situation

if they can, and use only reasonable force to protect themselves.

Alarmingly, the United States has had both a great increase in the sales of firearms and a broadening of self-defense standards in many states. This isn’t making us safer. It’s creating dangerous antagonists who can kill needlessly.

The Second Amendment refers to well-regulated militias. The frightening melee in Kenosha, Wisconsin, was not an example of that kind of preservation of order.

Rittenhouse inserted himself and his assault weapon into a protest where his presence had not been requested. It is quite possible his actions led him into a fearful situation. It was a situation he could have entirely avoided. Strapping an AR-15-style rifle to your body is not a neutral act.

We believe that both the First and Second Amendments have value. Can we peaceably assemble if we’re intimidated by gun-wielding menacers? That’s not a future we relish.

Rittenhouse fatally shot two people and injured another. Some blame can be placed on his immaturity. But blame also belongs with a gun lobby that makes millions of dollars by selling highly lethal products to people who lack maturity and skill, or have been tricked into believing that guns are the solution to their fears. There are people in this country whipping up an armed camp mentality, based on the belief that we all need to guard against apocalyptic outcomes. Those same people are perversely causing a very clear-and-present darkness.

Let’s dial it back.

Sandy and Lonnie Phillips are the founders of Survivors Empowered.